Home Uncategorized Are You an Aspiring Game Developer? Practice and Learn to be at... 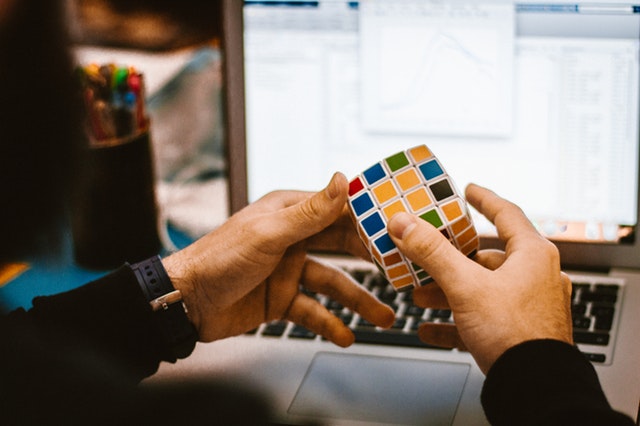 When Steven Moffat, the producer of the popular TV Show – Dr Who – declared at the 2014 Bafta Awards, that games are going to own the future, many people were surprised.

The question is, was he right?

If you believe in the recent statistics – yes – he was. The gaming industry is now larger than Hollywood.

So, yes, Steven Moffat was right, the gaming industry owns the future.

The high growth rate makes it a lucrative industry for aspiring game developers. With the increase in digital devices that can be used to play games, the audience is also getting bigger and bigger.

The large audience available on each platform or digital device makes it possible for students, hobbyists, and lone developers to compete with the tech giants – something that was not possible in the past. You don’t need to have a 100 strong team anymore to create a quality game for a mobile device. If you have the right skills, the team of one is more than enough.

There are hundreds of examples where games developed by solo developers or hobbyists gained more popularity compared to games from gaming giants. Games like banished, Power-Up, Intrusion 2, Meridian: New World, and many more are developed by only one developer.

In fact, one of the most successful games in the history of online gaming – Minecraft – was developed by Markus Person, alone.

Do you know how many times the game was sold across different platforms?

If Markus Person can do that, you can also achieve the same, but only with the right skill set, learning the right tools, and a lot of practice.

Is it Too Late for New Game Developers?

As more and more customers prefer to play games on their mobiles, there are more opportunities for students and hobbyists to create games for mobile platforms.

The shift from gaming consoles to mobile devices opens the gates for hobbyists to enter into the gaming market.

But still, when the opportunities are limitless, there is also a tough competition. If you are serious about making money from game development, you need to be the best in the game as well.

So what can you do? Keep learning, keep practicing your skills. There are a lot of online resources that we will share in our article that can help you improve your skills, and help you learn new stuff.

Why Do You Need to Keep Learning Game Development?

Why? Because you need to do better than hundreds of thousands of game developers and game development companies with huge budgets.

In addition, the gaming industry is constantly evolving. Not only that, you can find more convenient, more efficient, and smart tools after every few weeks that can help you design better games in less time.

Another  fact is, there are also now new digital platforms, like VR and AR where customers can play games.

So, to make sure you are well versed with all the latest developments in the gaming industry, keep learning new stuff.

In addition, to be a better game developer, you need to have self-confidence, that can only come with enhancing your skills, learning, and practicing.

Do you need to learn to code?

According to the top game developers in the industry, like Lisa Brown – yes – “Even if you aren’t planning on becoming a programmer, it really helps you get a feel and an appreciation for the medium you’re working in.”

Learning game development and new stuff is easy, as there are plenty of smart tools and simple programming languages available, but to master these tools, you need practice.

Some of the popular tools are RPG Maker, Unity, Game Maker, and Cocos. According to Alistair Aitcheson – creator of Slamjet Stadium and Greedy Bankers – Game Maker is the easiest tool to get started. In addition, he also recommends Unity to new developers, which can be coded in JavaScript and C#.

In addition, some other quality ebooks and other resources for learning include:

There are hundreds of other online resources in the form of ebooks, video channels, tutorials, blogs, guides, online tools, etc. that can help you learn and enhance your skills.

The point is, if you want to become a serious game developer, you have to go through all the available tools, learn the basics, and choose the one that looks best to you.

Even when we all know that practicing our skills is the best way to move forward as aspiring game developers, many of us don’t know where to practice, and what resources to use.

Here is the list of some quality resources that can help you practice your skills:

According to Lisa Brown, a top game designer at Insomniac Games, her favorite tool for practice, game jams, and prototyping is Construct 2.

Gaming industry offers amazing opportunities to students and hobbyists to learn something new, and earn money. But to make sure you are doing better than the competition, keep learning new stuff and keep practicing your skills. There is no other way around it for game developers.