Home Uncategorized What is the Difference Between Graphic Design and Video Game Design? 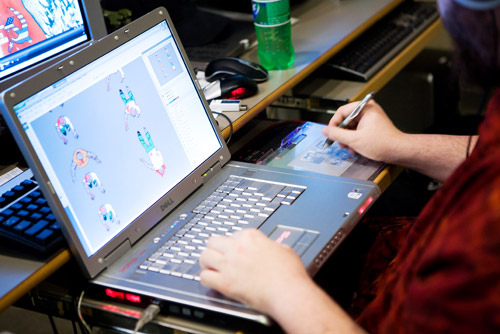 So, have you decided about learning game development? If yes, you are making a right decision as gaming industry is growing with an amazing rate. If you are new to the game design, the first thing you may want to learn about is the difference between graphic design and video game design.

The field of design is evolving over the last few decades. First, there were only designers, then they become graphic designers, then UX designers, and now even illustrators, avatar programmers, fusionists, and a lot more.

The point is – with the advancement in technology, graphic design also evolved and extended into different fields, one of which is video game design.

Graphic design and video game design is similar in a sense, but also different in many ways, that we will discuss in this article in detail. The issue is, many people who are looking to pursue a career in video game design often confuse it with graphic design, or consider both the same thing, which is not true.

Before we move onto the differences between the both, here are some other upcoming and popular fields born out of graphic design.

If you’re looking for a career into something that has a great potential in future, you must look into these fields.

There are a lot more fields that are originated from graphic design, but one of the most important and currently in demand is – video game design.

If you are new to designing, and looking for a promising career path, you must know the differences to make sure which one offers you better growth opportunities in the future.

In this article, we will learn about the link between graphic design and video game design, the differences between the both, and how they both are important to game development.

If you want to learn about the difference between the game designer and game developer, we recommend reading our previous post here.

Here are the basic definitions for both:

Graphic design is mostly about using 2D text and pictures, combining them, and creating a visual presentation that reflects a concept or an idea. Simply put, it is a 2D visual art to communicate with an audience.

Some examples are brochures, your website’s design, a logo, etc.

The logo of the new game or an ebook design like the following is the work of a graphic designer.

You can also download our ebook “What Makes a Game Development Team” to learn more about the role of graphic and video game designer in game development. 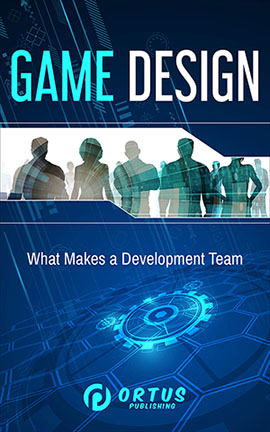 Graphic designers are mostly responsible for the visual branding of a company, product, or a service. They mostly design advertising campaigns.

This means, you also need a graphic designer if you want to launch a game, or if you’re a gaming company. In addition to designing marketing and advertising content for newly launched games, graphic designers can also help in in-game design which includes text placement and use of still images (especially in 2D mobile games).

Game design is about creating visual art to interact and to design an interactive world, which assists gameplay, follow a story, and challenge the user.

Well, the obvious similarity is both works on “design.” They both design but different stuff, as graphic designers mostly work on advertising content while game designers work on in-game environment design.

The Difference Between Graphic Design and Video Game Design

Here are some of the major differences between the two.

When both game and graphic designer can work in the gaming industry, gaming designer can get you a more powerful and central role in any game development team or company.

For graphic designers, it is comparatively easier to switch gears and learn game design as well. If you want to work in the gaming industry, it is better to learn video game design, as the game designer is often the most important member of the game development team and the actual brain behind the gaming experience each game offers to its players.

All in all, what you want to choose, depends on what interests you.